PopSci Gets Pop and Science Right in Radiation Article

It is my pleasure to link to the finest mainstream article I've read on the quandary of whether there's a health risk from EMF radiation: I salute James Geary for not dismissing the concerns of people who are obviously suffering from something, for not pandering to those people, for not citing junk science, for not posing the issue as a "debate" between two sets of equally valid information, and for not ignoring all the uncomfortable issues around the edges that have not been fully explained. 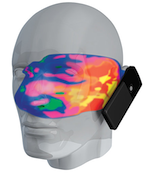 This is "fair and balanced" in the true sense of the word. Geary looked at an obviously large amount of research, and presents everything in context. This stands in sharp contrast to the GQ article I eviscerated a few weeks ago, which misstated research and was sensationalist. I would also critique any article that stated there was no risk and no need for further research, as that's not established, either.

It's a good read, partly for the people involved, and partly for the route Geary picks through the minefield to present good information to a mass audience.

I have two quite minor quibbles with the article. First, there have been dozens of studies on electrosensitivity, and all but a handful (which haven't be reproduced) show that self-identified sensitives cannot determine whether a signal is present or not. The article mentions this in passing, but the scope of work in this field is quite large. Second, the Interphone study as a whole is yet to be released, but multi-country components are out, and they generally confirm a lack of correlation between cancer and usage, with some exceptions that may get further study.

(Disclosure: I write for Popular Science on occasion, but I had nothing to do with this article.)

Posted by Glenn Fleishman at 9:29 AM | Categories: Health | No Comments