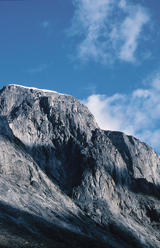 In the Great North, the small capital of Iqaluit has free Wi-Fi: The relatively new territory of Nunavut comprises 2 million square kilometers of land and sea and under 30,000 people; it was established through a long process that resolved generations of native peoples' land claims. The capital has about 7,000 residents, and a local telecom firm has put in free Wi-Fi using a well-placed antenna on a company building.

ComGuard CTS launched the system April 6, and will throttle connections to a low-enough rate (just 96K with a 2 Mbps connection overall) that they don't compete with wired or satellite Internet service that's available in town. They're working with residents and businesses to install repeaters and bridges to improve coverage.

While the Globe and Mail story says the firm is a two-man shop, one of the owners posted a note in the comments that they're larger--it's just two staffers were tasked with making free Wi-Fi happen.

For some fantastic photos of the setup and the landscape of this distant town, see the ComGuard discussion thread.

Posted by Glenn Fleishman at 11:46 AM | Categories: Free, Unique