The 802.11n spec celebrates its seventh anniversary without ratification: The gears at the IEEE grind but slowly, and 802.11n is still not actually a ratified and published standard even though its been built (in "draft" form) into tens of millions of devices, and has a certification standard (Draft N, natch) at the Wi-Fi Alliance. (The alliance is separate from the IEEE, developing standards for testing interoperability of commercially produced devices using the IEEE standards as the basis.)

Wi-Fi guru Matthew Gast, author of 802.11 Wireless Networks: the Definitive Guide (foreword by yours truly), writes on his marvelously named blog that 802.11n has moved up a few rungs of the IEEE hierarchical process towards shedding its draft label. 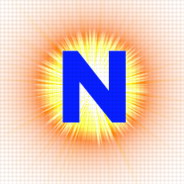 The 802.11n spec was developed in a process that started with the High Throughput Study Group, which was turned into Task Group N within the 802.11 Working Group, which specializes in wireless LAN protocols. Matthew writes that the working group has now passed the spec upwards to higher-level groups, starting with the IEEE review committee, which meets 11-September-2009. Matthew notes that's exactly 7 years after the first meeting of the high-throughput group.

In practical terms, this is all institutional process, rather than anything that will result in changes. As far as I can tell, there have been no substantive changes to 802.11n in years, and the less-important changes occur on the driver side, Matthew said via email. It's also important to note that no device has appeared that implements all the optional parts of 802.11n, and some monkeying around has occurred in those areas.

The draft label should come off in September.