New software ties in Web sites and location: Skyhook Wireless has released Loki 2.0, its revised toolbar for pulling a user's latitude and longitude based on the profile of nearby Wi-Fi networks and their various signal strengths. A connection to an active Wi-Fi network is required, as in the previous release. Skyhook has a massive, constantly updated profile of Wi-Fi signals in most cities in the US, Canada, and Australia, as well as some cities in Europe and soon in Asia.

More significantly, however, Skyhook also released a new development interface that allows Web sites to retrieve a user's location via JavaScript if the user permits it; permission is granted on a domain-by-domain basis using an interface much like that for managing cookies.

"Any Web site that wants to location-enable their site, all they have to do is add a couple of lines of JavaScript to their page," said founder Ted Morgan in an interview last week. This would allow Web sites with store finders, mapping sites, and social sites to plot a user's location whenever they are connected to a Wi-Fi network. (The map below was pulled by installing Loki on my Mac and visiting their findme page; it was accurate within about 30 feet with only two weak Wi-Fi signals available.)

Morgan said that the company looks to leverage this Web-based programming interface to allow firms to serve extremely local advertising. "There's a real opportunity for these newer ad networks that are building relationships with" yellow page-like companies, Morgan said. Local advertising, dominated by local newspaper, radio, and television, is seen as the last nut--and a big nut at that--for firms like Google, Microsoft, and others to track. (Just a few weeks ago, I might have written Google, DoubleClick, and aQuantive, but that landscape just had a seismic shift.)

The JavaScript code prompts a user without the technology installed to download an installer. Skyhook is working on a browser-restart-free version of their extensions to make installation even more straightforward.

Skyhook also has a Channels library (Windows only support at the moment) that allows a user to prefill information on Web sites that aren't Loki-enabled by pulling Skyhook location information and formatting it correctly for a form on a Web site.

For photography, Morgan sees a great boon where users would be able to upload their photographs and choose to have them geotagged--coded with a latitude and longitude--of their current location. Flickr.com and other services support geotagging, and a small number of cameras and add-on peripherals allow GPS-based location tagging. Morgan said Skyhook is working with eyeFi, a firm that has embedded Wi-Fi for file transfer into a 1 GB Secure Digital card that will work with any camera. In a combination of the two firms' tools, "When you take a picture, [our software] does a scan, adds the location, and uploads it to Flickr," Morgan said. 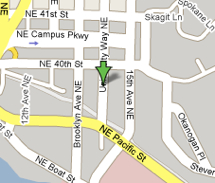 Morgan said the firm had seen 4m location lookups since launch, and has achieved Wi-Fi location coverage for 70 percent of the US population. They're nearing 70 percent in Canada and Australia, and recently finished scanning London, Amsterdam, and Barcelona, with Tokyo, Seoul, and Hong Kong coming in June. The company continuously drives major cities to collect new data, and their software provides information each time a user performs a lookup to calibrate and extend the firm's own records.

Posted by Glenn Fleishman at 9:41 AM | Categories: Location