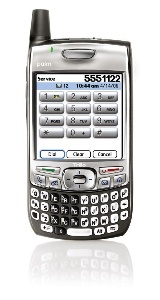 Intel has moved from quietly lobbying legislators to sending advisers to all-in involvement: Intel stands to make a few bucks by encouraging more Internet access given their variety of businesses, and the future potential they hope to pull out of mobile WiMax base stations and adapters in their laptops. Digital Communities launched this week with 13 municipalities involved. Cisco, Dell, IBM, and SAP are also involved.

This consortium answers one of two frequently stated issues raised by incumbent telecom firms: that towns don't have the expertise to launch and maintain profitable (or break even, even) broadband networks that serve large populations. Let's check that one off the list now. (The other is that government shouldn't compete with private enterprise, but I'll still maintain that the definition of compete here is vague: if private enterprise can't serve most of a town's citizens, is a 100-percent coverage goal of a city in competition when it runs at a lower speed?)

The press release for the project talks about a variety of goals: to help 13 "pilot" communities design, develop and deploy comprehensive solutions and services to enhance government efficiency, promote economic growth, foster greater community satisfaction and bridge the digital divide. The applications range from automating mobile workers such as meter readers and building inspectors to increasing the safety and enhancing resource management of first responders by remotely monitoring vehicle location to enhancing parent, teacher collaboration for improved student success.

Interestingly, Muniwireless.com is cited in the release as part of the educational efforts for communities. It's interesting to see how one person can make a difference to a project of this scale. Esme Vos has been dedicated. I don't always agree with her stance--I often do--but regardless, she's producing large amounts of research, first-hand reporting, and clearly stated opinions that must be respected.